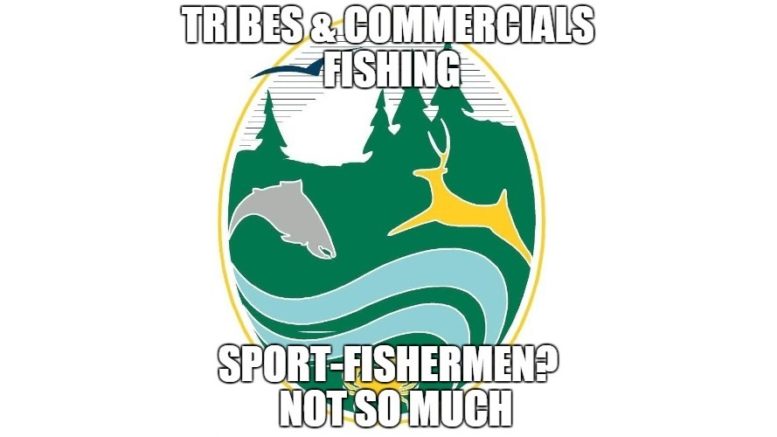 Last year at this time recreational Puget Sound Coho fisheries were still going strong. The creel count from this date last year shows 350+ anglers caught 350+ Coho between the Straits and South Puget Sound… This year, with stronger than anticipated runs, we continue to be puzzled by the failure to open Puget Sound to recreational fishing.

We’re digging as to why recreational marine fisheries remain closed and have not found any satisfactory answer. As we detailed in an article late last week, the marine area outside the Puyallup river is being gill netted by the Puyallup Tribe, and recreational coho fisheries are open on the river itself — seemingly removing the last reason to exclude recreational access from Puget Sound marine areas.

More puzzling, this weekend there were non-tribal commercial gill-net fisheries in Area 10 and 11 (Seattle & Tacoma). Non-tribal gill-netting will continue later this week, as detailed in this announcement from the WDFW. This de-prioritization of recreational fishing stands in direct contrast to the oversize share of Department revenue paid by sport-fishermen. It also contradicts Governor Inslee’s direction from this time last year to consider the economic benefits recreational fisheries when setting seasons.

It remains our view that 2016 will be historically unbalanced in terms of Puget Sound recreational fisheries, Coho in particular. Every day that goes by further marginalizes the recreational fishing community — and makes the upcoming fee increase on sport-fishing licenses all the more questionable.

We reached out to the WDFW (Ron Warren + Public Affairs) for comments on this issue last week and have not received any response.