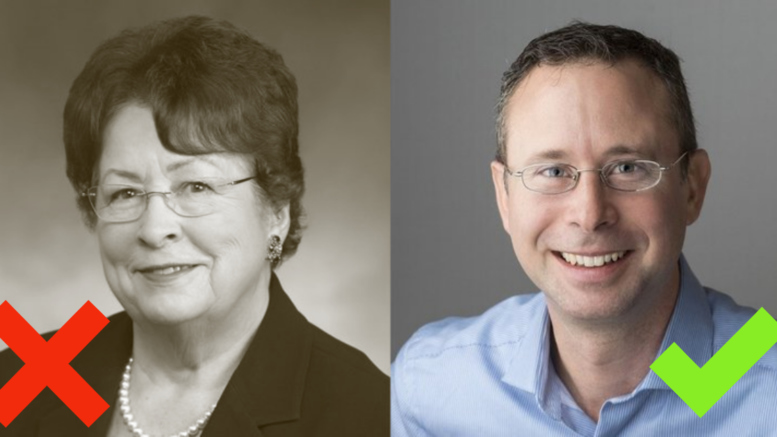 Republicans and Democrats can both feel great about picking Jesse Salomon for State Senate in the 32nd District. Voters in this district find themselves choosing between two Democrats on the ballot, Mr. Salomon and incumbent Maralyn Chase, so party affiliation won’t be sufficient for voters to decide deserves their support. But the distinctions couldn’t be more stark — and Jesse Salomon is the clear choice for this seat.

Regardless of political affiliation, voters will find lots to like in Salomon: Certainly we’re inspired to see an outdoors-loving sportfisherman running for state office–but that’s the beginning. He brings considerable executive experience as Shoreline’s Deputy Mayor and two terms in the Shoreline council — he’s proven he is a get-things-done public servant. In addition, he has prosecuted child welfare cases, and is an outspoken advocate for transparency in the inner workings of our government. He’s also secured the endorsements of the Seattle Times and the Everett Herald, garnered the support of the two state representatives in the 32nd district.

His opponent, Maralyn Chase has spent 16 years in Olympia and has become increasingly affected by her time there. In her last term she staked out positions very much on the wrong side of her constituents interests: voting for an inexcusable bill that largely exempted legislators from provisions of the Public Records Act. Even following a large public outcry and eventual veto of the bill by the governor, she has continued to argue for less transparency–her tone deaf quote to the Everett Herald recently was “I’m puzzled by all the focus on sunshine. What are you looking for?” Finally, we also can’t help but point out her persistent opposition to the interests of the many sport-fishers in her district — clearly an issue for us.

Knowing this was our first-ever endorsement, we went to go meet Jesse Salomon in person. He’s bright, articulate, experienced, and clearly won us over with his obvious sport-fishing passion. What follows is a transcript of some questions we asked him about growing up in Washington, and about the issues that concerned us most. We hope you enjoy the opportunity to learn a bit more about him as if he was a guy you met at the dock…

Tidal Exchange: Can you tell us a bit about your fishing experiences in Washington? Where’d you get your start?

Jesse: Like a lot of us my dad taught me how to fish when I was a kid. The first fish I caught was a Crappie when I was nine. When I got a little older my father used to take me on charters out of Westport and Neah Bay. As an adult I’ve been a long-time boat owner and avid sport fisherman. My wife says that my fishing hobby borders on an addiction. We own a 17ft Arima Sea Ranger and I generally fish for salmon, ling cod and crab. I have a two-year-old son and I look forward to taking him fishing with me as much as I can in the future. 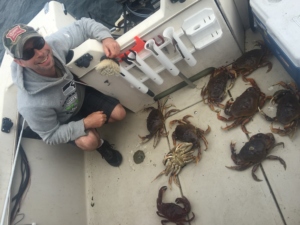 Tidal Exchange: Senator Chase is on record dismissing the economic impacts of recreational fishing. What is your position on the economics of this industry?

Jesse: Sport fishing is not just fun and games, it supports many great jobs, especially in rural areas across the state that aren’t doing as well economically as Seattle. Recreational boating sales and sport fishing add $4 billion a year to the state’s economy and really is the only lifeline for a lot of communities and families.

Places like Westport are so dependent on sport fishing. I have been going there for decades and have seen the town decline as fishing seasons and limits grew more restricted. Maybe Senator Chase should go and tell the residents of Westport that sport fishing doesn’t matter and see what they have to say about that.

Tidal Exchange: In the upcoming election, residents in the 32nd will find two democrats on the ballot, and no republicans. What would you say to a republican voter who had to choose between the two of you?

Local government is closest to the people and it’s where the rubber really hits the road. As a Shoreline City Councilmember, I have to make sure projects are done on time and on budget. I have recently voted against B&O taxes and vehicle license fee increases because property taxes have been going up so much. I take to heart that people can only pay so much.

Senator Chase has been in the legislature for nearly 18 years and it’s time for a change. Last year she voted for Senate Bill 6617 which keeps legislative records secret. As a councilmember all my records are open, and I believe it should be the same for the legislature. That’s part of the reason why I am endorsed by the Everett Herald and the Seattle Times.

Also, you have the choice of someone who has a track record of bringing back salmon runs. I have the expertise as a long-time fisher and a member of the Salmon Recovery Council, which is tasked with bringing back endangered chinook stocks. I have also sponsored and funded dam removal and salmon habitat restoration at Boeing Creek. I’m ready to go and be the voice that sport fishers currently do not have at the state level.

Tidal Exchange: Are there any changes to the way fisheries are managed in our state that you will fight for if elected?

Jesse: We should increase hatchery production while protecting any threatened runs of wild salmon. If we better protect wild fish we can harvest all of the hatchery fish, thereby increasing our fishing opportunities while preserving the gene pool that is best provided by wild fish.

Again, if you–or people you know–live in the Shoreline, Lynnwood, the southern half of Edmonds, Woodway, Mountlake Terrace west of i-5, Broadview or Bitter Lake area of Seattle [District 32 map] tell them Jesse Salomon is worth their support!