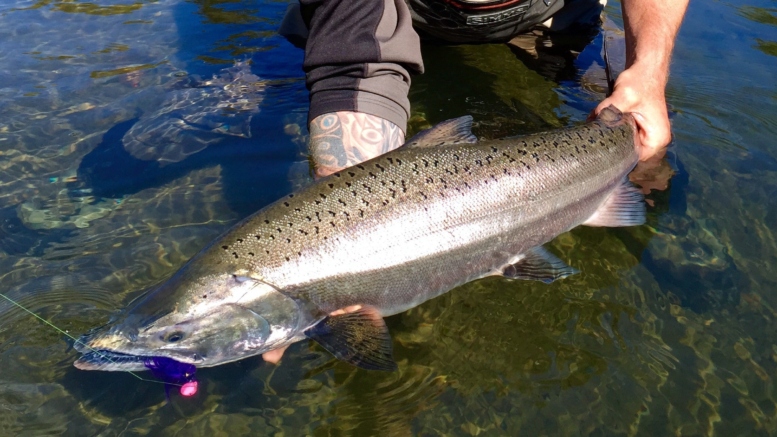 Subsequent to finishing North of Falcon discussions this past April, the Grays Harbor planning model came under scrutiny as it showed two problems. First, the model predicted an imbalance of Chinook harvest in favor of the State. Second, the original fishing schedule was predicted to deliver a basin-wide Chinook escapement shortfall. As a result, the co-managers have tentatively agreed to the following changes:

Why did these particular changes get made? From a location standpoint, when it comes to increasing Grays Harbor Chinook spawner counts, the only place to substantially make up the basin-wide escapement shortfall is in the Humptulips River.

So why does the state have to cough up so many more fish than the Tribe? The lopsided conservation burden simply reflects the Chinook catch-sharing disparity in the original plan. That disparity exists because a) sportfishing has the ability to harvest more hatchery fish thru selective fisheries, and b) the large imbalance of Grays Harbor-bound Chinook harvested in ocean fisheries off the Washington coast. While we always want management decisions to reward highly selective fishing methods — there is no denying that coastal fisheries create a large harvest imbalance.

In the new plan, WDFW has given up part of the state’s catch share in the bay and the river to offset the pre-terminal harvest disparity in the ocean. Taking away wild retention was the chosen option to reduce the state’s in-basin harvest. Are there other options? Sure… reduced bag, reduced fishing area, or reduced days in the season. But giving up wild retention preserves the maximum possible recreational opportunity without giving up bag, time, or area…. and puts an extra 760 Chinook on the gravel along the way.

While certainly a disappointment for those who fish the Humptulips, we hope this explanation makes the bitter pill a little easier to swallow. We also look at this as a healthy example of the State making concessions in the name of escapement and equity with the Co-Managers. We will eagerly watch to see if the Tribes will reciprocate this constructive attitude should imbalances occur elsewhere, and in their favor.