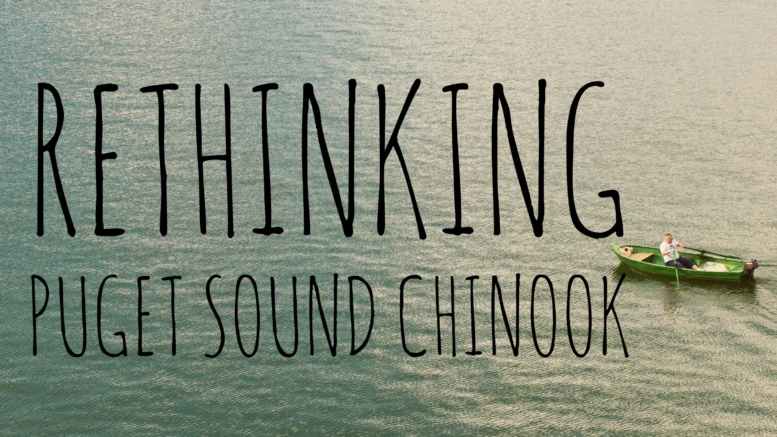 However, with now a dozen years of accumulated experience, we believe it is time to review the current suite of Puget Sound recreational Chinook fisheries. Simply stated, we believe three simple goals should drive the construction of the Puget Sound seasons:

The list above may seem like truisms, and hard to disagree with — but we think if followed they would have some significant impacts in the design of the season structure… Let’s dig into some of those..

We believe Summer Chinook seasons should be the centerpiece of a fresh approach to season setting. To the surprise of no-one, Summer open days attract significantly higher angler participation than do winter open days. Additionally–and perhaps more surprisingly–Summer days also produce higher catch of hatchery Chinook for less impact on endangered Chinook than do winter days. Given that our most popular recreational fisheries are often constrained by these ESA impacts/encounters, we think it’s essential to maximize fisheries in this most advantageous Summer window.

As a result, we strongly advocate a season design which places a significant premium on these prime time Summer Chinook fisheries. Specifically, we believe the right first step is budgeting for impacts that would establish a 2-month Summer Chinook season for most Puget Sound marine areas. In some areas where limiting stock impacts preclude this (MAs 8-1, 8-2, and 12) we would still advocate placing clear priority for Summer seasons. This is by far the clearest path to the trifecta: 1) broad angler participation, 2) successfully catching the state share of harvestable fish, and 3) meeting our conservation objectives.

While some may argue (correctly) that this would reduce the total number of days marine areas will be open for Chinook fishing, we think based on the angler-days metric, Summer fisheries are a big winner. To us, the highest and best use of the public resource is when it’s shared by the largest number of Washington state residents and Summer fisheries accomplish this. In addition, we expect concentrating impacts in Summer fisheries will generate greater economic activity for local marine and tackle industries while simultaneously growing license revenues needed to support hatchery production and enforcement.

The Summer and Winter Puget Sound fisheries present complex, distinctly different management challenges. On the one hand, Summer seasons are dominated by adult fish with shaker/sub-legal encounters only a moderate portion of the fishery. On the other hand, Winter fisheries encounter large numbers of sub-legal Chinook and incur larger hook/release mortalities as a result. Additionally while the adult returning fish of Summer move in a relatively predictable pattern as they return to their home rivers, the Winter sub-adult/juvenile fish are less predictable, moving seasonally based on forage availability. As a result, the two management paradigms used in recent years have reflected these differences: summer catch quotas and winter encounter limits. Let’s briefly talk about possibilities for each:

Summer inner Puget Sound Summer fisheries are managed by adhering to fixed catch quotas. These quotas are a perfect solution if, and only if, the pre-season forecast upon which the quota is based is itself perfect. Unfortunately, fish returns are exceedingly difficult to forecast. Even with best efforts they are a well educated guess. If the forecast is too high, quotas fail as fishing to the quota jeopardizes conservation goals. If the forecast is too low, once again quotas fail as fisheries are closed earlier than necessary. We believe a new path is one which capitalizes on the experience and exhaustive data gathering conducted over these mark selective fisheries for the last decade.

We call on the co-managers to migrate towards duration driven seasons, instead of catch quotas. Once quotas are established during season-setting, they should be converted to a predicted duration (days) based on the high quality surveys acquired over the last decade. These duration-based-seasons have a distinct advantage over quotas — they more readily scale with the actual number of fish passing through the area. Duration driven seasons are superior at preventing over-harvest if the forecast is too high, and avoid cutting seasons short in the event of a larger-than-forecast return. Duration driven seasons do not mean seasons will be the same length each year–they simply means using the forecast to set a season duration is much safer (especially for fish!) than setting a catch quota. And there are still more benefits! Known length seasons are clearly better economically vs. fixed catch quotas: Fisheries managers can spend money on enforcement instead of exhaustive catch monitoring, guides can book clients with confidence, tourists can book trips to our region to fish with much less concern about closures.

We recognize that in our mixed-stock fisheries, with uncertainty about shaker abundance (yes, even in Summer) it may not be feasible to come out of North of Falcon with guaranteed durations and still maximize the use of our limited allowable impacts. Thus, our specific proposal is to establish fixed season duration that provides a safety margin–with a structured and planned in-season update procedure that releases the margin if there are no surprises.

Some may feel a duration driven seasons are out of reach for inner Puget Sound. We’d point them to Marine Area 5–where co-managers are still able to agree on duration driven Summer seasons in a fishery with more complexities and more variable annual stock contributions than do our inner Puget Sound fisheries. They do in-season monitoring, and in recent years they’ve been successful at meeting their pre-seasons durations completely. We should follow their example.

We’re fans of Winter Sound fisheries wherever allowable impacts remain once solid Summer fisheries are established. The nature of these Winter fisheries — particularly the unpredictable sub-legal populations discussed above — means encounter limits seem like they will remain the core management tool. In terms of timing — we think WDFW did a commendable job this year. Mid-season they chose to close areas and conserve impacts during some of the least favorable months — preserving those impacts for later re-openings. This improves both the weather and safety for anglers, but also allows some of the sub-legal fish to grow enough to become legal keepers.

We believe this sequence — preserving winter impacts for use later in the winter season — again meets our top three goals. It is likely to increase participation, it increases catch/impact ratios, and keeps our fisheries within conservation guidelines.

It would be foolish to assume that all forecasts are purely the result of science/unaffected by politics. As a result, we believe the process of reconciling co-manager forecasts, as well as planning for in-season updates of these forecasts are worthwhile places to look for improvements in season-setting.

In the early part of North of Falcon, the co-managers trade forecasts for each basin, and then reconcile these into a co-managed forecast. The problem with this is that there’s no clear accountability for either party and as a result, forecasts can be more vulnerable to tactical/political manipulation. It’s very easy to understand how a user group which fishes in the terminal area might have real incentive to low-ball a forecast, knowing an in-season update can restore their access to a full run. But upstream/marine fishers (both Tribal and Non-Tribal) can’t recover lost opportunity at that point, as the fish will have largely moved past. The reverse is also true: an upstream user group might desire higher forecasts because they know that any in-season closures will dis-proportionally impact terminal fisheries.

If the forecasting process becomes politicized or tactical, it undermines the season-setting process, and we think that’s a huge problem. As a result, we propose that the co-managers implement a feedback loop into this process to encourage best forecasting efforts be rewarded. We propose the reconciliation process transition into one which is weighted based on each co-managers accuracy on that same run forecast over the previous 3-5 years. A system like this would strongly encourage best-efforts at making accurate forecasts as well as monitoring run-sizes. Both of these seem essential in our current fisheries climate.

Clearly 2016 taught a lot of lessons, and the lack of anticipation for a larger than expected Coho run proved problematic for the State to adapt to in most areas. We won’t belabor this point beyond saying we’re encouraged that the department seems prepared to ensure the List of Agreed Fisheries covers more bases in 2017 than it did last year.

2017 is the first year the co-managers will be using a new/updated mathematical model (a.k.a. FRAM) for in-State fisheries. We expect that under the updated model there will be shifts in which stocks may be limiting factors on sport fisheries. In turn this will drive the reshaping of most Puget Sound Chinook fisheries. The arrival of this new model, coupled with a decade of intensive fisheries monitoring, provides the best chance ever to make informed decisions about structuring seasons to meet the complex and sometimes conflicting goals of season setting. Rather than just repeating what we’ve done in the past, we urge WDFW and the co-managers to take a fresh look at the first principles and to design seasons which capitalize on the considerable learnings of the last 13 years of mark selective fishing.