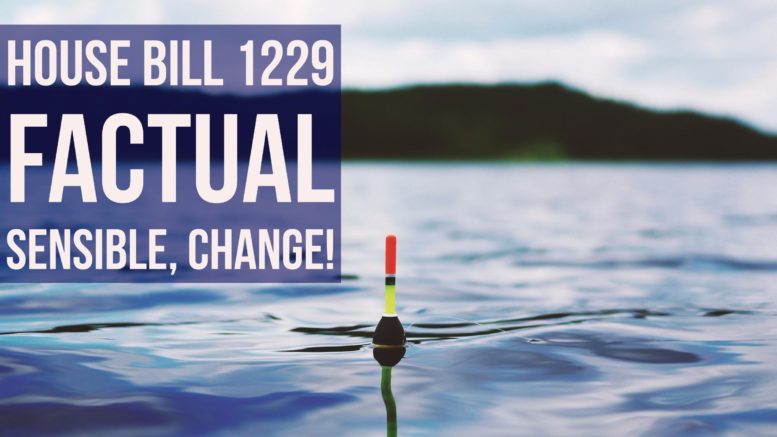 We were thrilled to read the copy of recently introduced House Bill 1229. This would change, profoundly, the charter for the Department of Fish and Wildlife as it pertains to establishing state fishing seasons. The proposed changes affect an influential portion of the department’s charter (RCW 77.04, specifically) and while it’s worth reading the bill itself, here’s the TL;DR version (strikethru is proposed deletions, underlines proposed additions):

This has the potential to be a seismic event in fisheries management. It’s also incredibly sane. Recreationally caught fish provide dramatically more economic value to the state than the same fish commercially caught. More taxes, and most certainly more licensing revenue. In fact the bill authors proposed adding a new section to the RCW clearly articulating this argument:

It is right there in black and white.. $71M vs. $1.5M — that’s forty seven times the contribution to the departments budget. The bill also covers the benefits of selective recreational fishing, and the importance of stable season schedules to the recreational and tourism industries. In fact we’ll be covering the merits of fixed calendar window seasons, vs. fixed quota seasons in an upcoming story — so we couldn’t be happier to see it in this draft bill.

Do not underestimate the importance of House Bill 1229. It’s a huge huge opportunity! Our sincere thanks to the ten representatives who are sponsoring it!