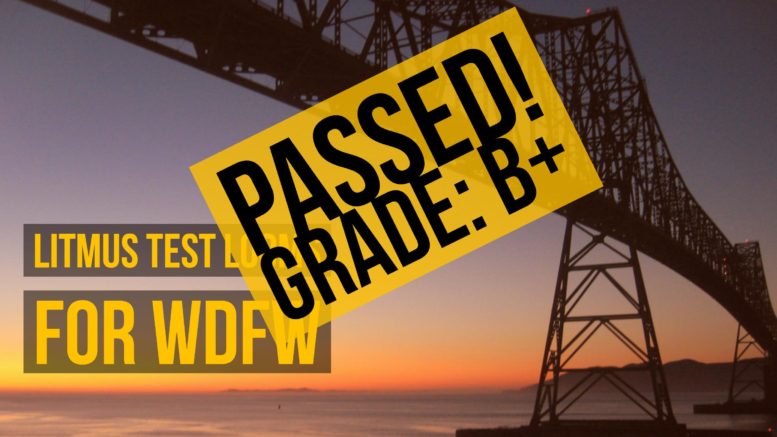 In an incredibly important test, the Washington Fish and Wildlife commission voted today to largely sustain the reform process for Columbia River gillnet fisheries. The most important phrase from the entire weekend is right here:

You can read the full press release over at the WDFW website but we can cut to the chase: both spring and summer Chinook transition plans are proceeding on schedule. Fall Chinook transition is being phased in over an additional 2 years, with only half of the remaining transition going on now, the other half happening in 2019. This means the recreational share of the three fisheries will be 80/80/75, instead of 80/80/80 which was the previous plan. In addition to the delayed transition on fall Chinook, a mainstem gill-net fishery will still occur for fall upriver brights, upstream of the confluence with the Lewis River.

We’re very appreciative of the continued progress — and certainly compared to the Oregon Commission flunking a similar test recently — we’re grateful that the Washington commission is continuing on this important transition. We will wait and see now, as the two departments will next have to rationalize their different positions on this boundary waterway.

2 Comments on "WDFW Commission votes 7-2 to continue CR reform, with some asterisks"