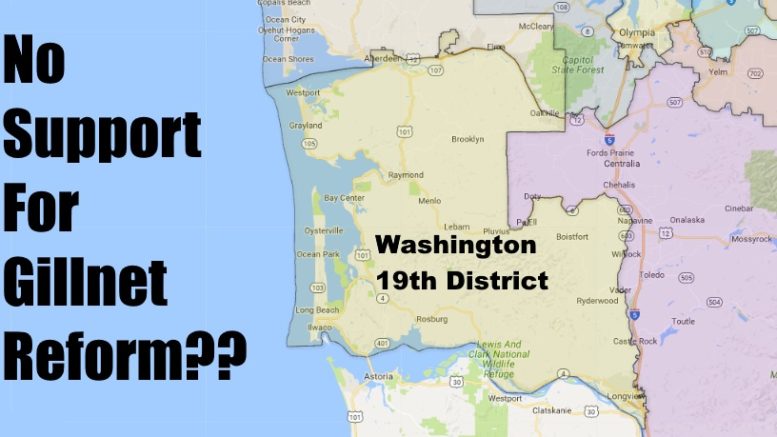 Today we got access to a pair of letters, sent to the Washington Fish & Wildlife Commission, as well as Director Unsworth. Signed by 15 state senators and 36 state legislators, they unequivocally support the continued reforms of Columbia River fisheries. And in a shot across the bow for the department, they also clearly indicate that a failure to keep promises to the recreational community could cost the department support for their upcoming fee increase… Here’s the money quote:

The agency’s current license fee proposal, if adopted, would increase fees for a Columbia River salmon and steelhead angler by about 70 percent. Building public support for this magnitude of a fee increase is already proving challenging and will be made even more difficult if the Columbia River reforms are not implemented as promised.

It’s an impressive letter in a lot of ways, clearly recognizing the immense economic benefits and social value of recreational fishing. If your state legislator or senator signed on to the letter, be sure to give them a call or drop them a note of thanks!

Who is curiously absent?

Nowhere to be found among the signatures is anyone from Washington’s 19th District – the “coastal caucus”. This district covers some of the very best recreational fishing in the state — from the coast in Aberdeen all the way to the Columbia River, and up river to Longview . This district and the economy of Southwest Washington stands to hugely benefit from improved recreational fishing in and around the Columbia River–which makes their absence all the more disappointing.

So, if you’re a reader who happens to live in the 19th, please call their office and ask why they didn’t sign on. Then get 5 friends to do the same. Change begins when we use our #1 strength — we got numbers! Do your part!

Follow these links to read either letter, signed by the Legislators and Senators.