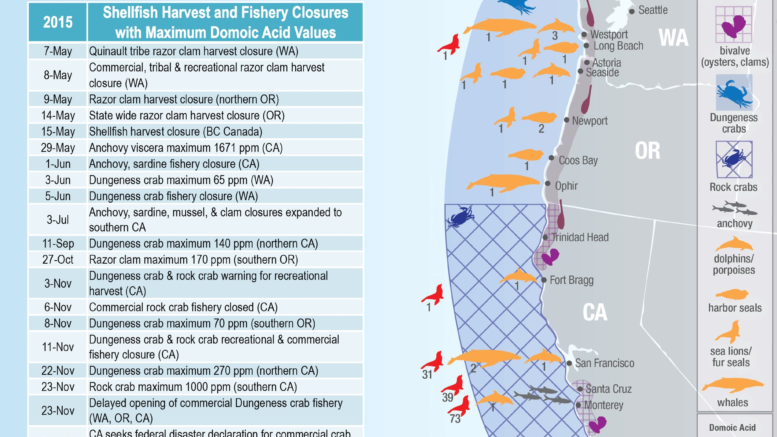 Toxicity, it’s what’s for dinner… The Blob has left it’s mark and it’s toxic algae, producing Domoic Acid. The money quotes from the report are:

Record-breaking concentrations of the marine neurotoxin, domoic acid (DA) in 2015 caused unprecedented widespread closures of commercial and recreational shellfish and finfish fisheries and contributed to the stranding of numerous marine mammals along the U.S. West Coast.

The seasonal transition to upwelling provided the nutrients necessary for a large-scale bloom; a series of spring storms delivered the bloom to the coast.

Be the first to comment on "Blob and Toxic Algae Linked"