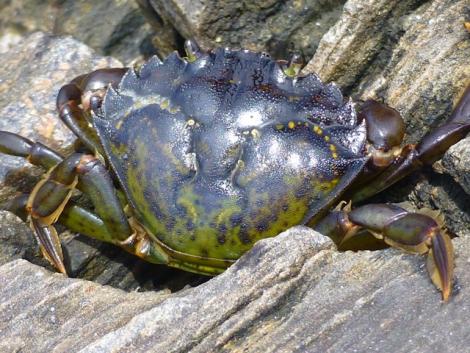 A new threat to the regional ecology is starting to show up in Puget Sound, and scientists are calling it one of the worst invasive species known.

Washington Sea Grant and Washington Department of Fish & Wildlife recently announced that a single European green crab (Carcinus maenas) was found in Padilla Bay by staff of the Padilla Bay National Estuarine Research Reserve (Padilla Bay NERR). This is the second sighting of the global invader. The first sighing of the crab in Washington waters was in late August at Westcott Bay, San Juan Island, where volunteers caught one.